Less than a month ago I introduced the A&G Relic Exchange to a lot of support. A free contest was held to kick it off, with a lot of worthy entries. I'm pumped to random off the winner, but first, let's see the booty that was added over the last few days. A month ago there was 50 A&G relics in the program, today there are more than 150!

The next seven came via Judson at My Cardboard Habit. I'm hoping Judson had a helluva weekend on the lake and isn't nursing too bad of a sunburn. 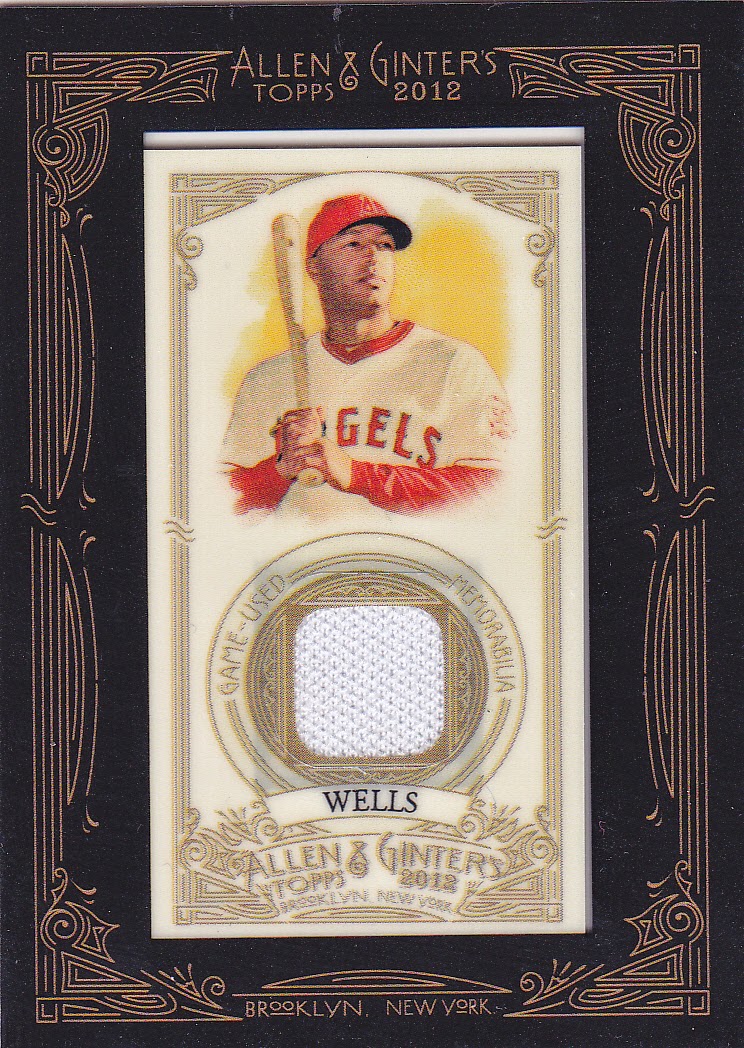 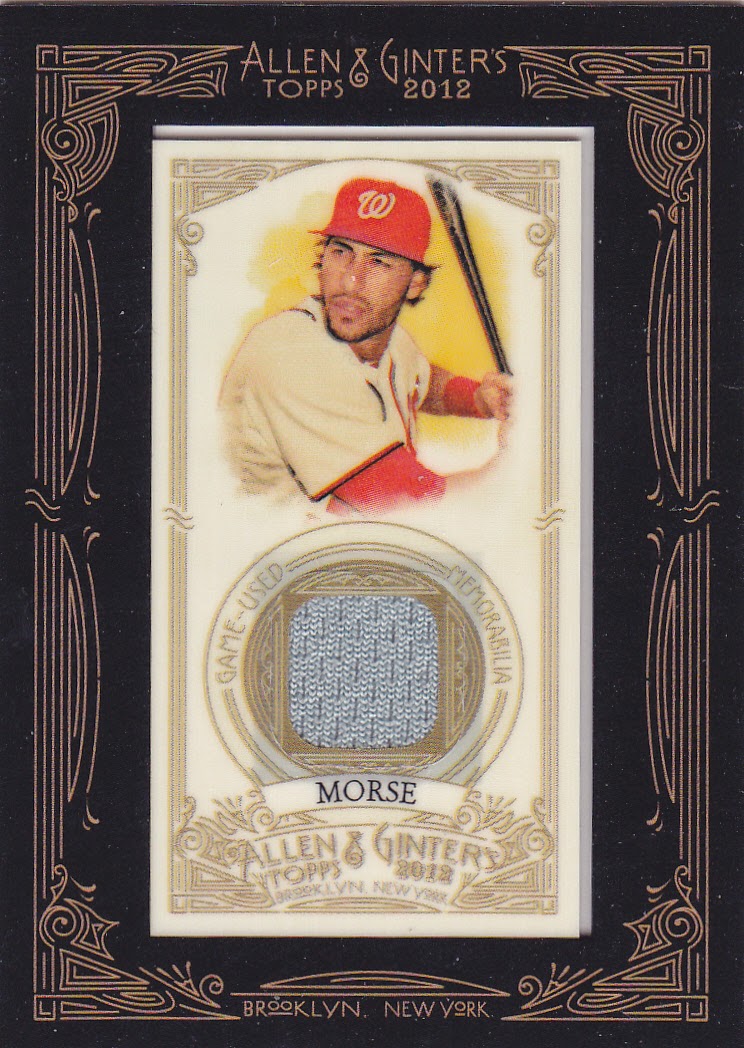 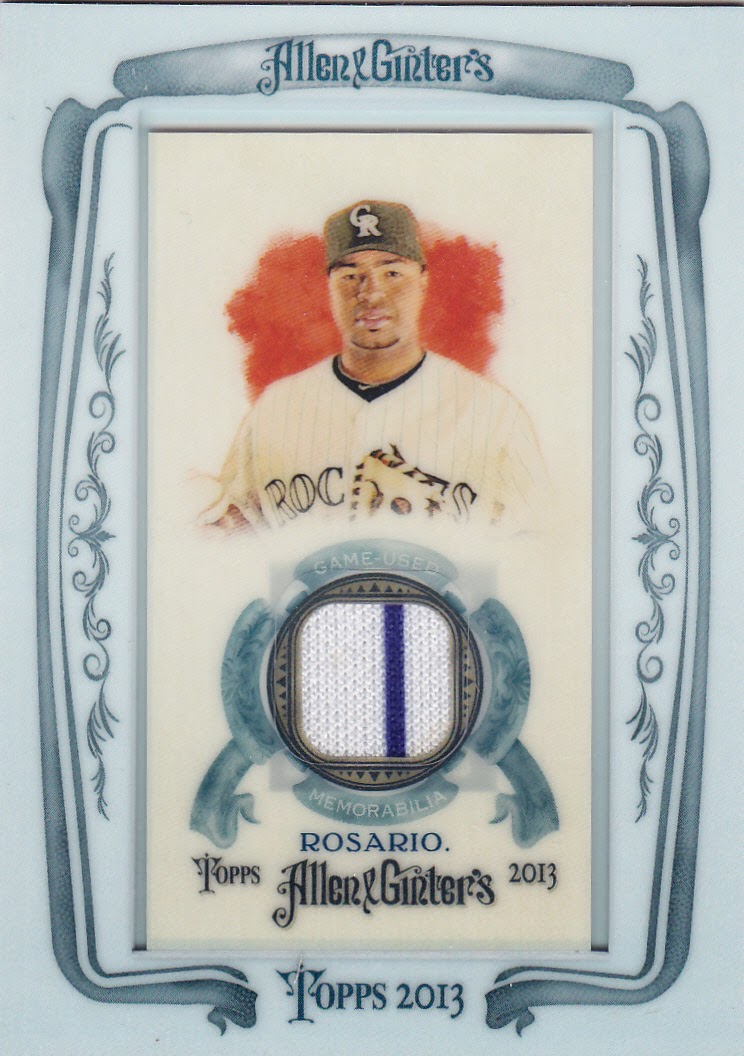 Rosario has become one of my top unintentional PC guys. He has so many good cards! 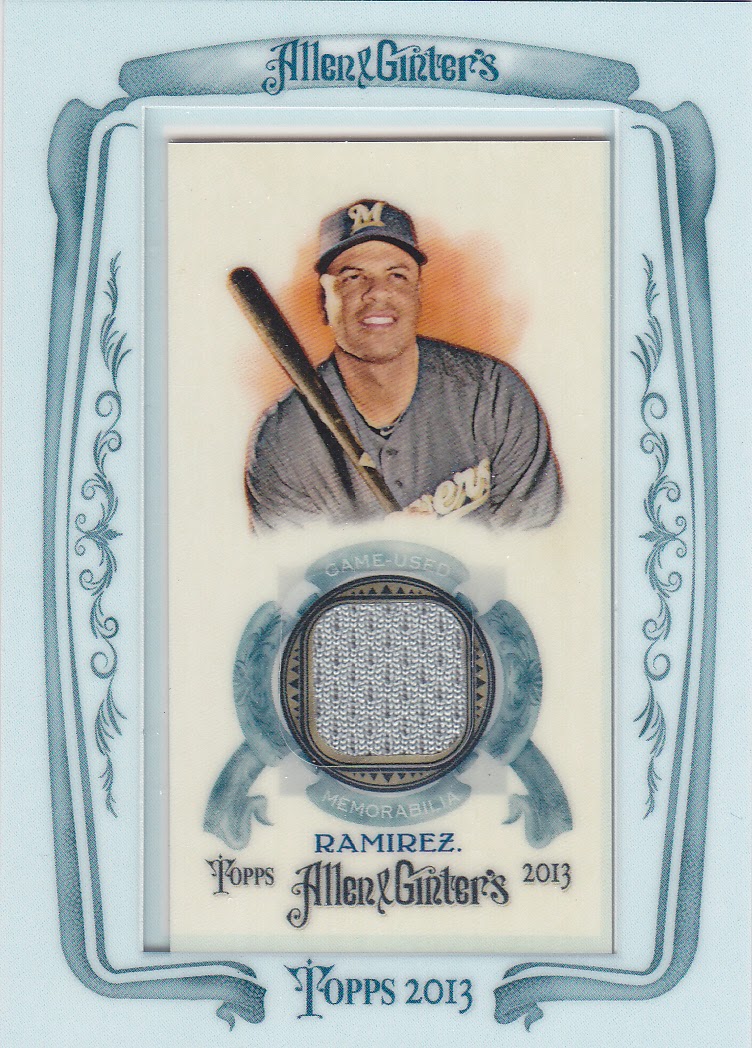 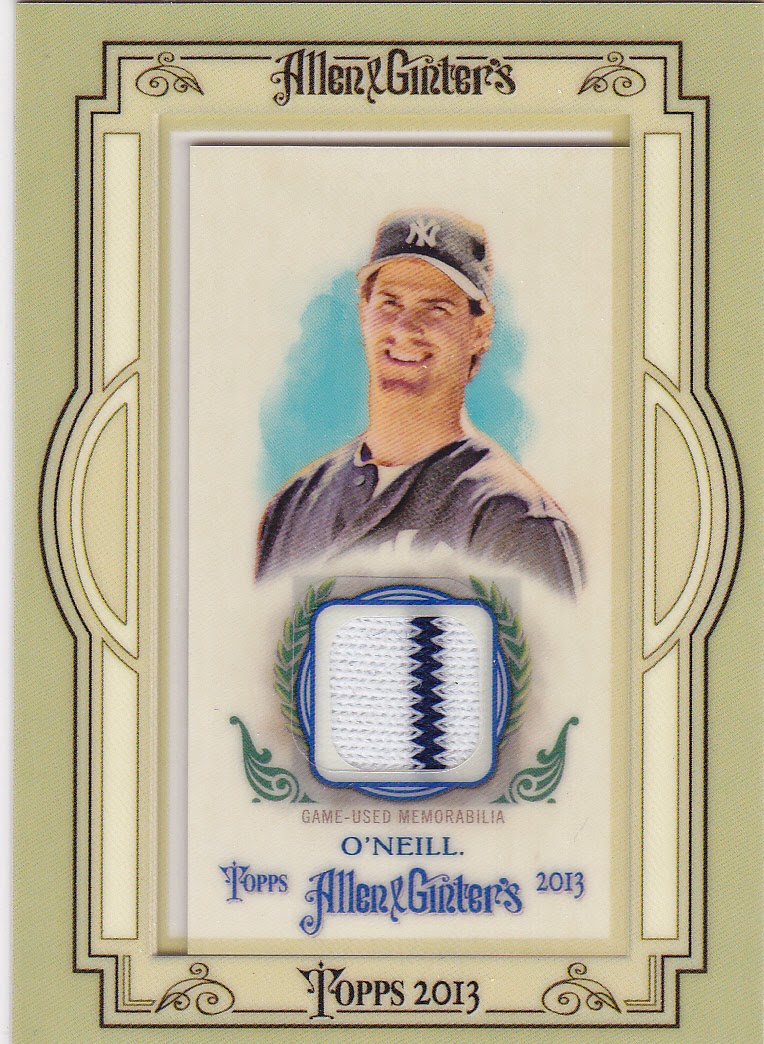 I traded out a 2013 Paul O'Neill not to long ago, so I was pumped to restock! 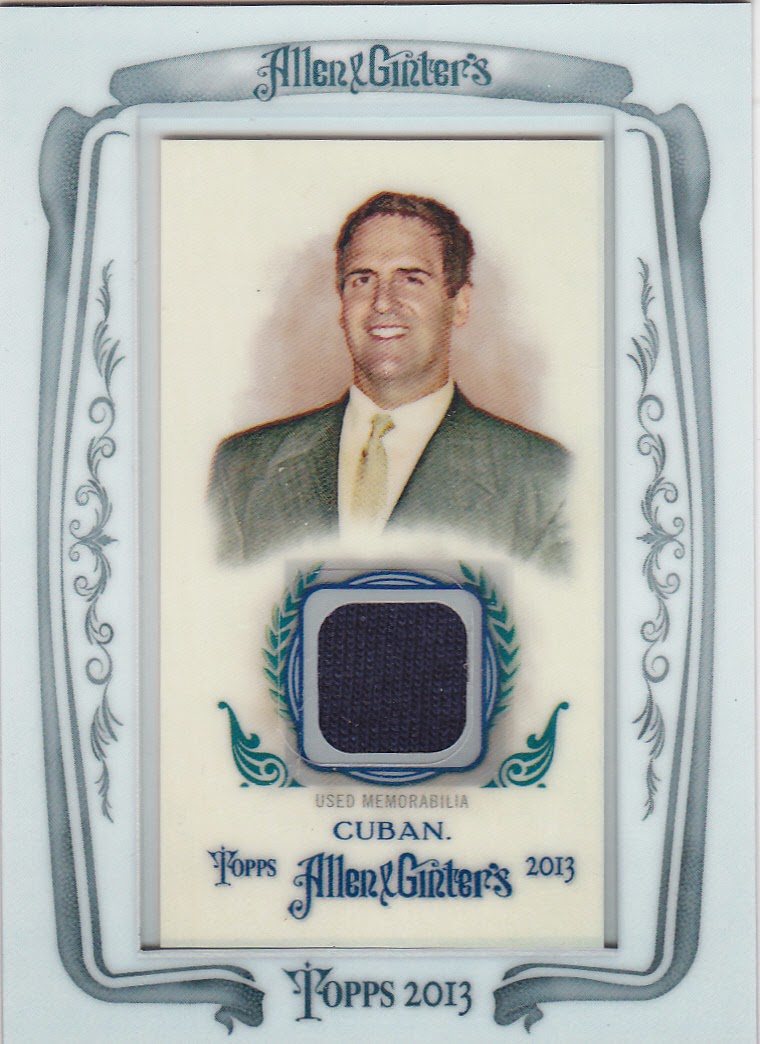 This is now my favorite celebrity relic. I was hoping it would be a piece of his suit (like the 2012 Gumbel) but it appears to be a t-shirt. Still cool! 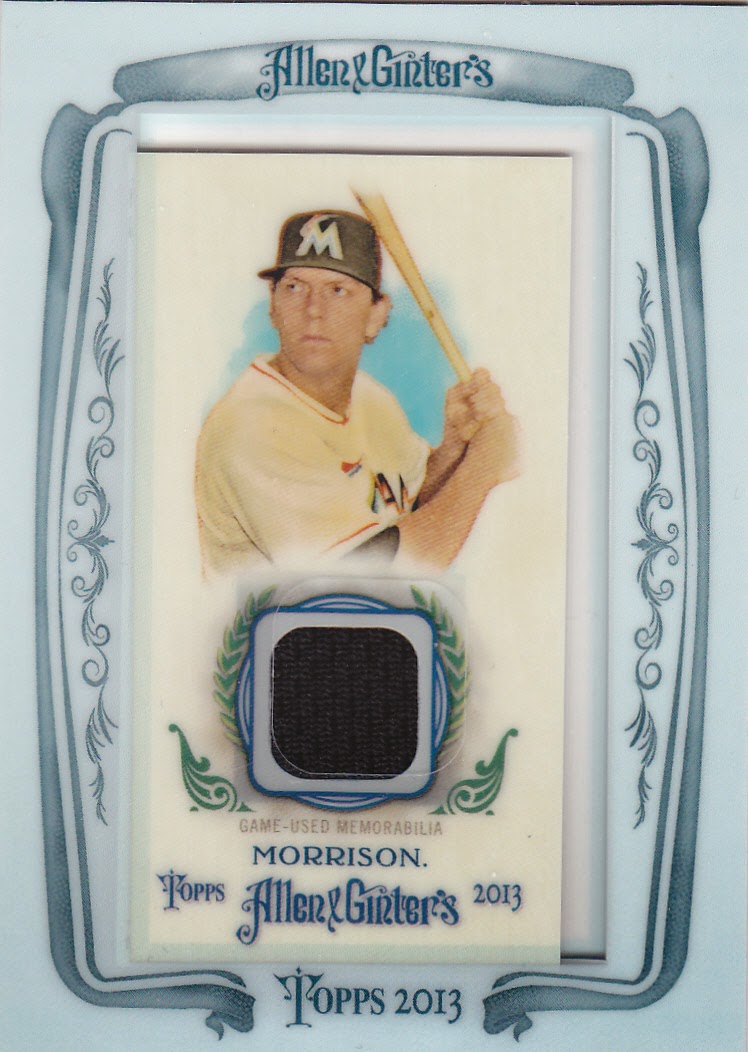 If any cards look off-center, it's because my scanner likes to autocrop at weird times. The nice thing about mini-relics is that they're pretty universally solid on centering.

Grand Prize: A 2014 Topps Allen & Ginter Blaster Box
2nd Prize: Your choice of any A&G relic from the exchange database
3rd Prize: Same as 2nd prize, but 2nd gets to choose first 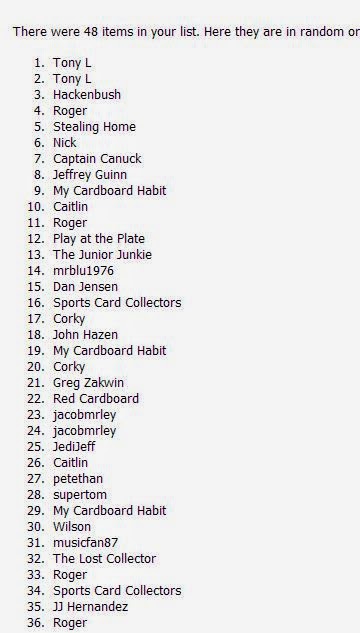 Congrats guys, thanks to everyone who played! If you had your eye on an A&G relic, feel free to email me to set up a trade!

Posted by View From the Skybox at 8:01 AM