Day 16 may be the best day yet for TTM autograph returns! Great players and one return that has me feeling very guilty. Read on... 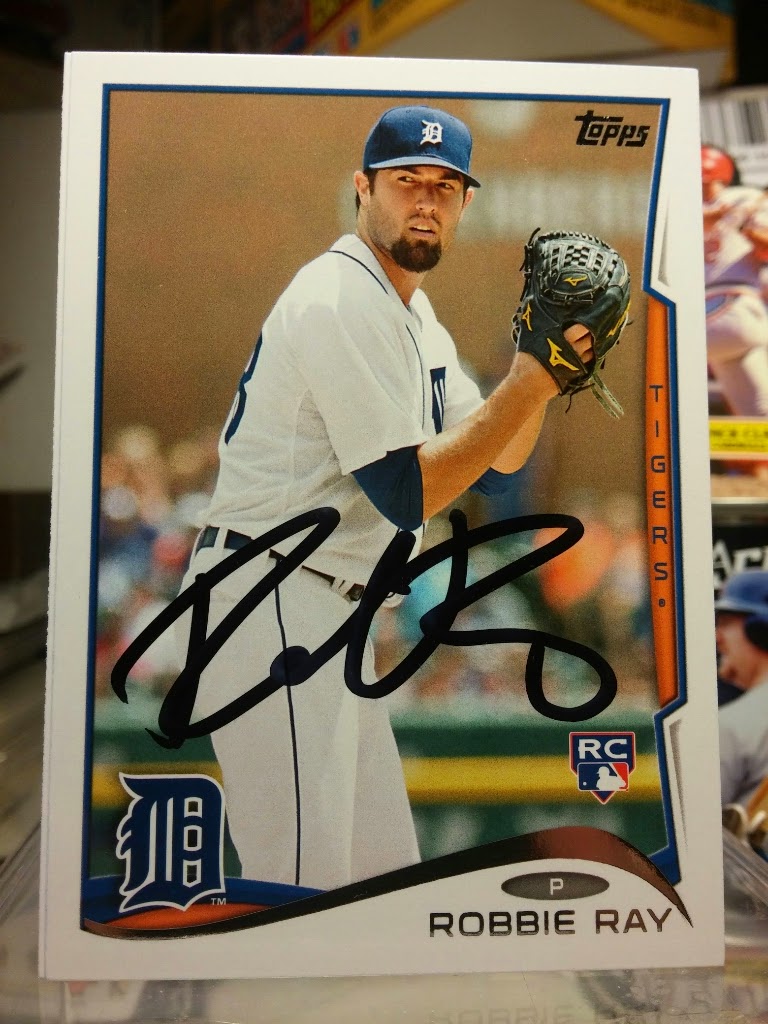 Robbie Ray autographed my card and was kind enough to include one of his own with a bio on the back. I appreciated his story, but especially loved that his card was printed in half-tone dot grid style which we hardly ever see anymore. I blew it up so you could see what I mean. 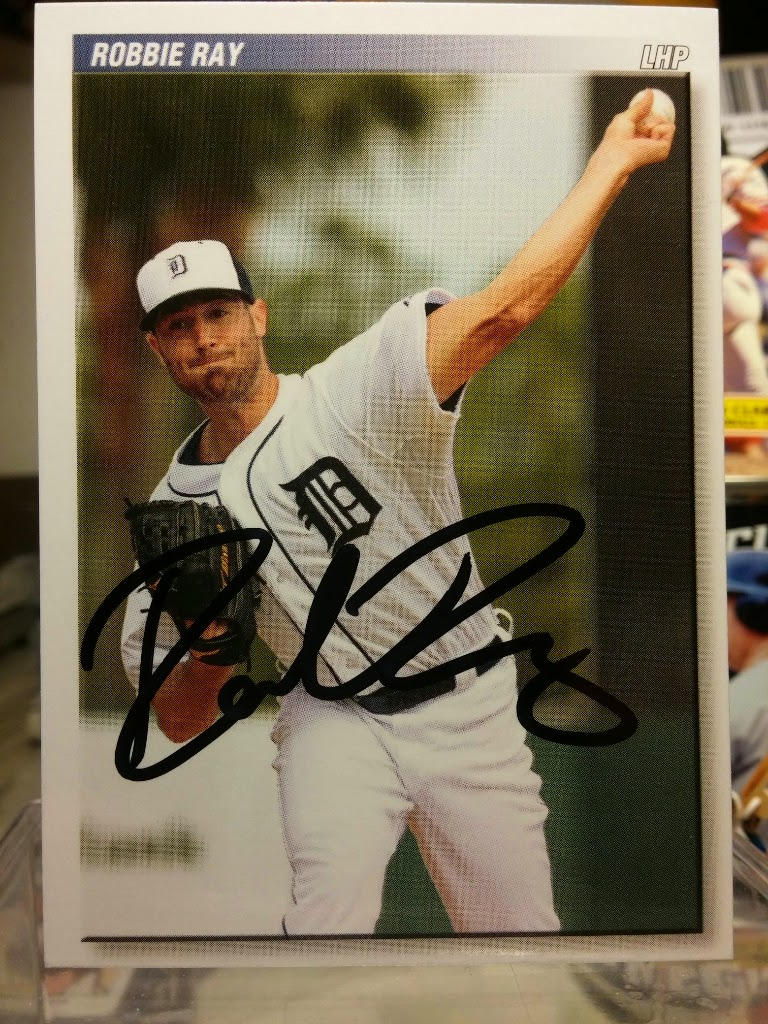 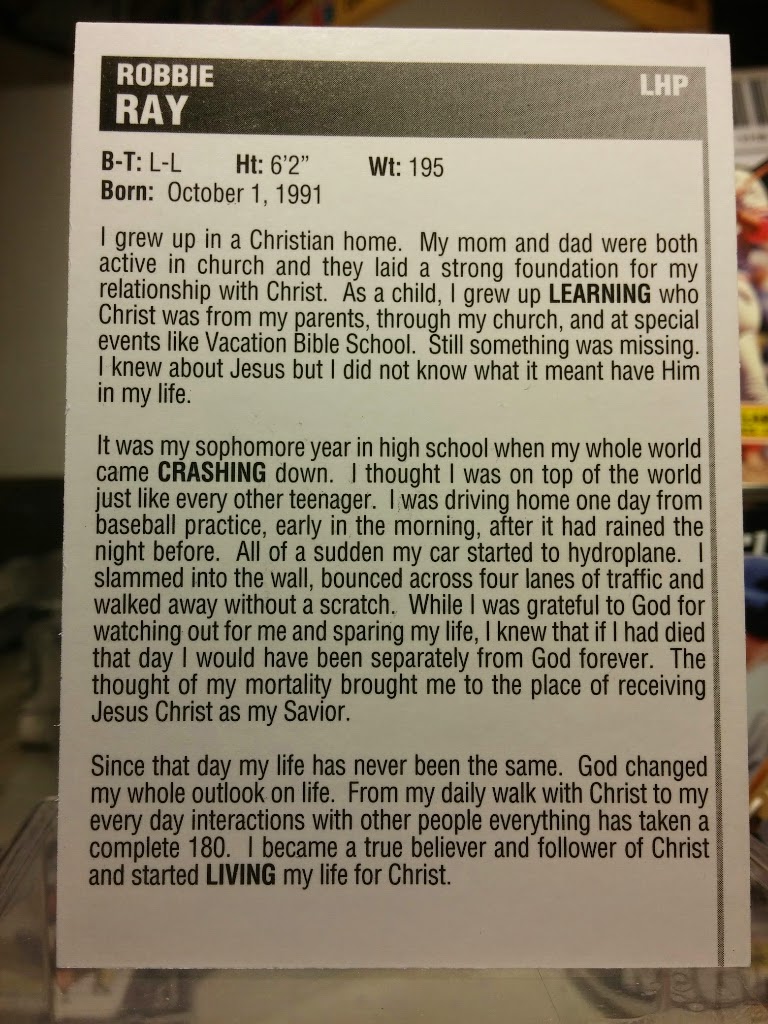 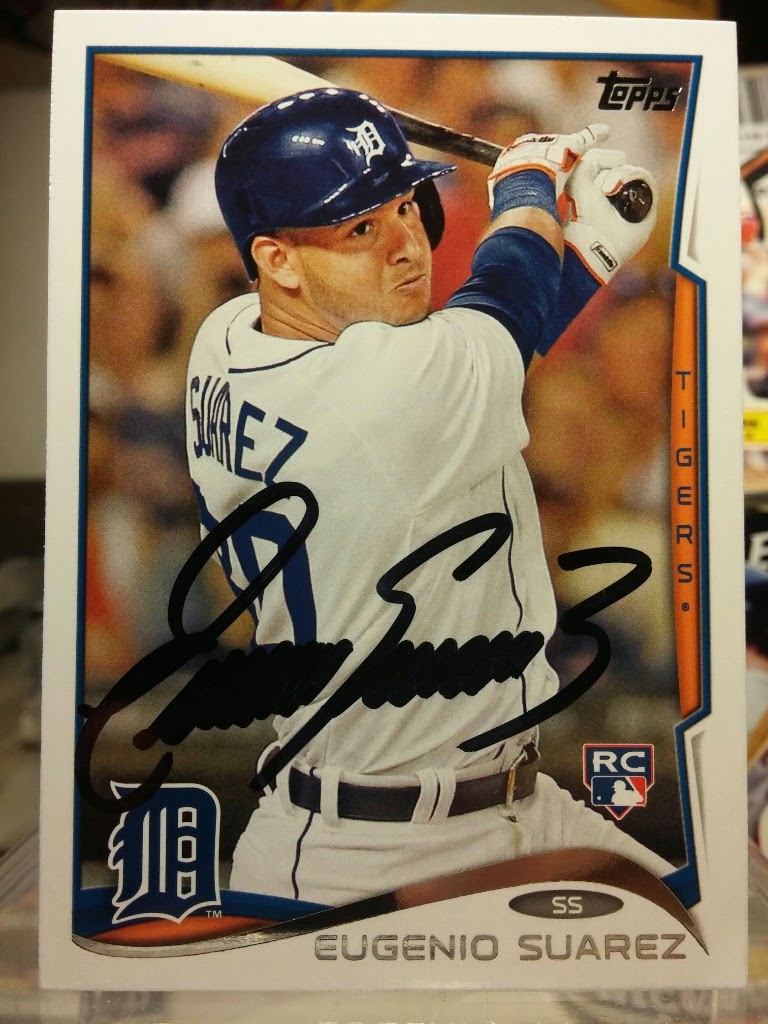 Eugenio Suarez went to Cincy in the offseason where he'll be added depth behind Zack Cozart. If Cozart struggles we may see Eugenio break through sooner than expected. 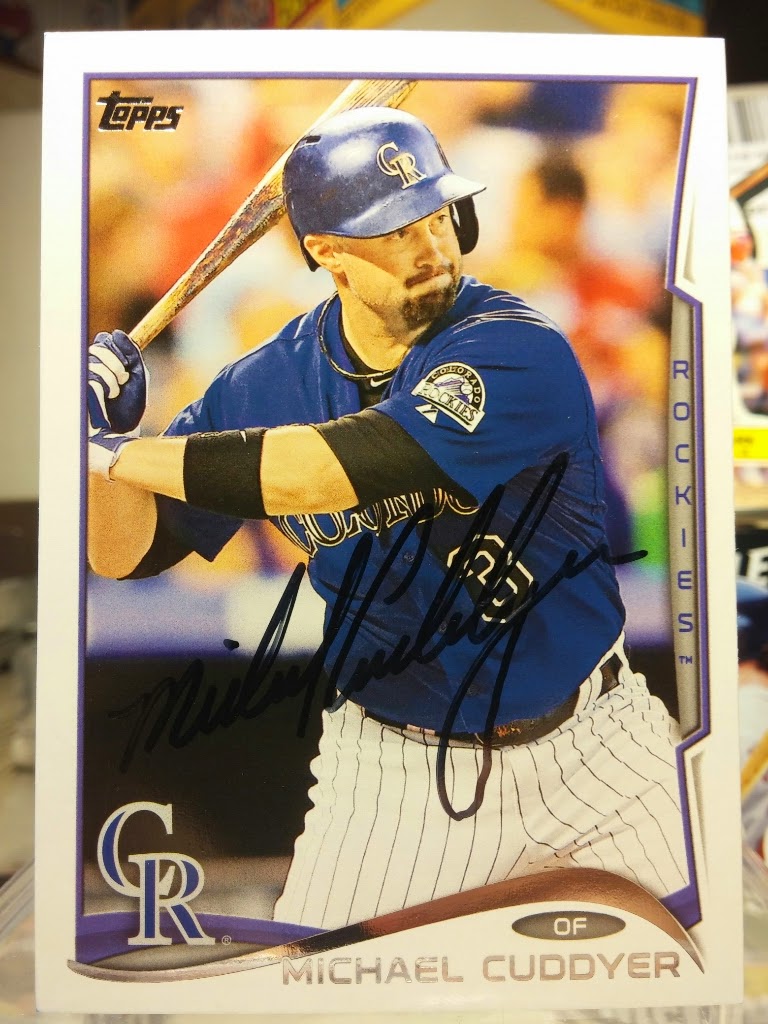 The always reliable Michael Cuddyer autographed this from his new address with the Mets. Great signature and a great guy. 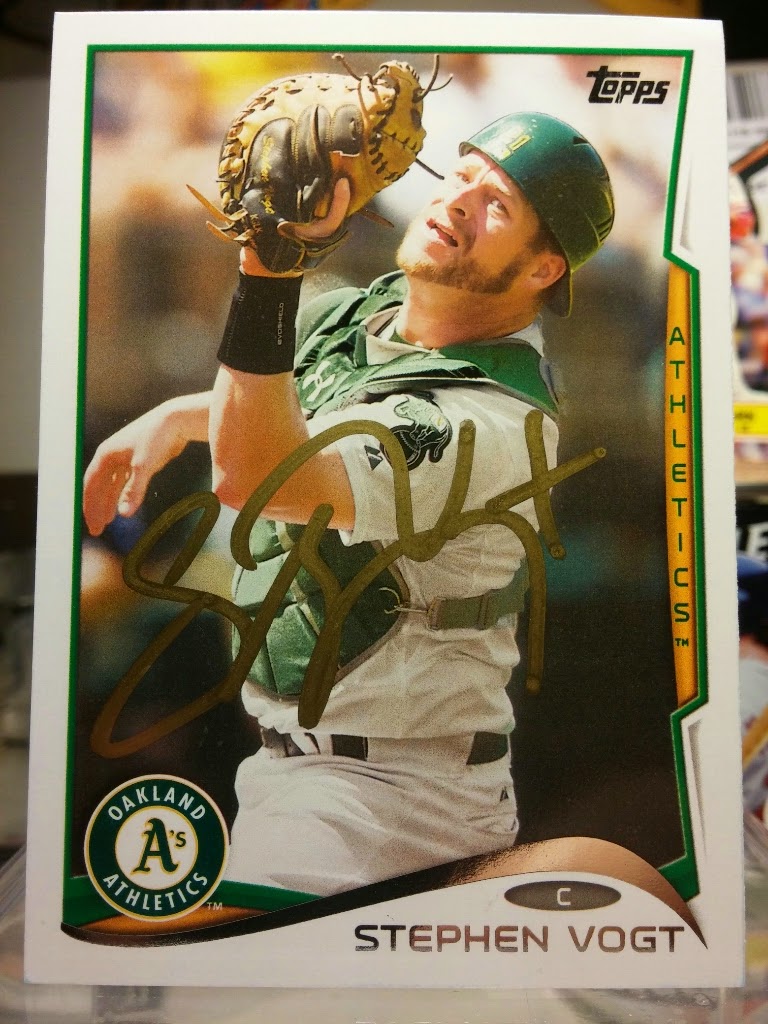 Stephen Vogt is coming off foot surgery and is expected to DH early in the season. Thankfully his hands are fine and he was able to autograph the above card in gold Sharpie. It really pops in person, something I wouldn't have expected. 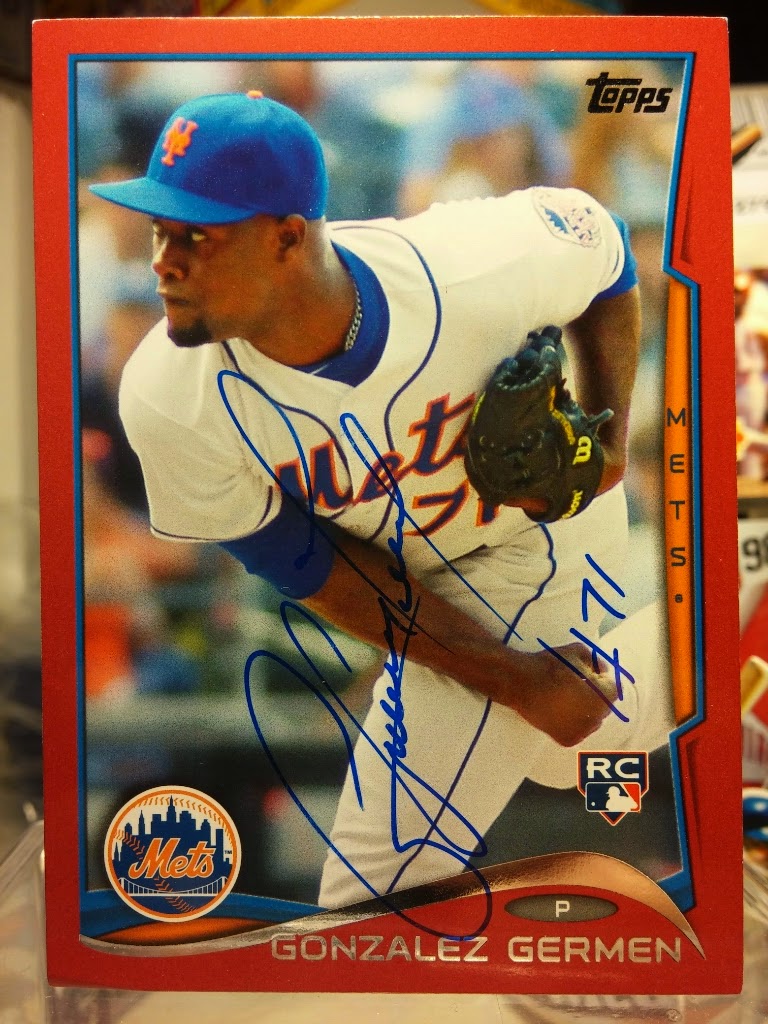 You reached the guilt cards. If I have extra cards, I send them along and write in big letters "PLEASE KEEP EXTRA CARDS FOR YOURSELF OR YOUNGER FANS". Those words exactly, every time. For Spanish speaking players, I attempt to write it in Spanish. Gonzalez either didn't see that or decided to be the nicest guy ever and signed all SEVEN cards I sent his way! 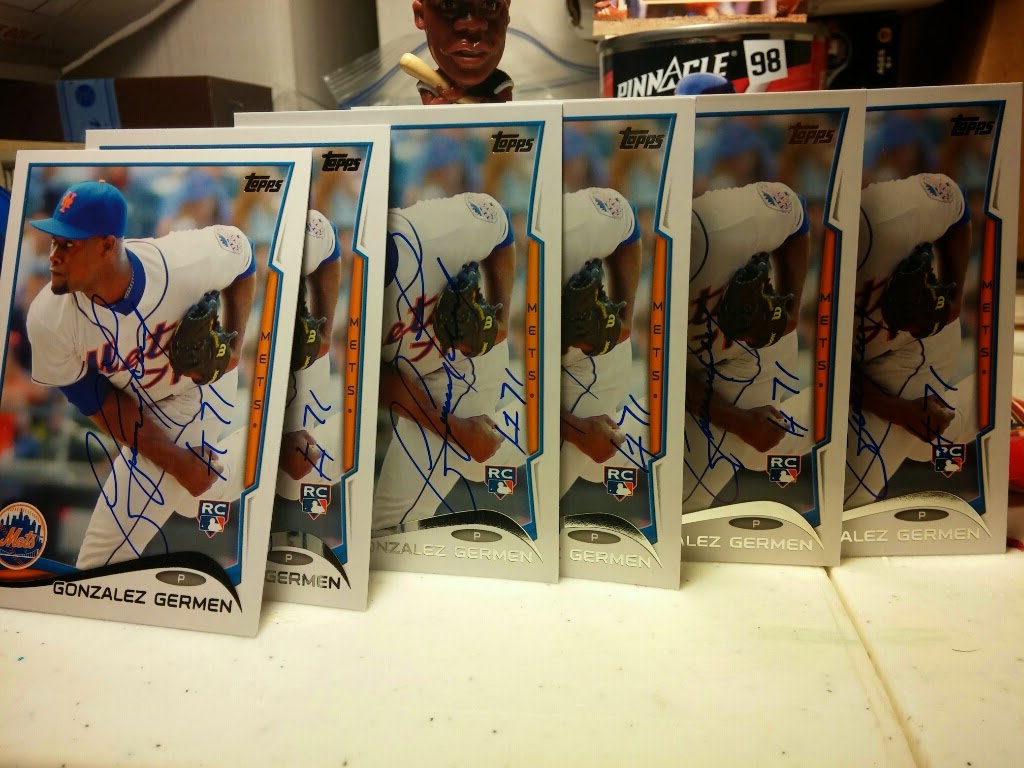 Don't get me wrong, I really appreciate that he'd take the time to do that, but I just hope he didn't think I wanted him to sign every single card. There are TTMers who do this for profit (don't ask me how) and try to milk it for all it's worth. That's not me. If I send more than one card, I ask they sign two. That way I have one for my collection and one for trading purposes. If anyone needs a Gonzalez Germen autograph, please let me know. 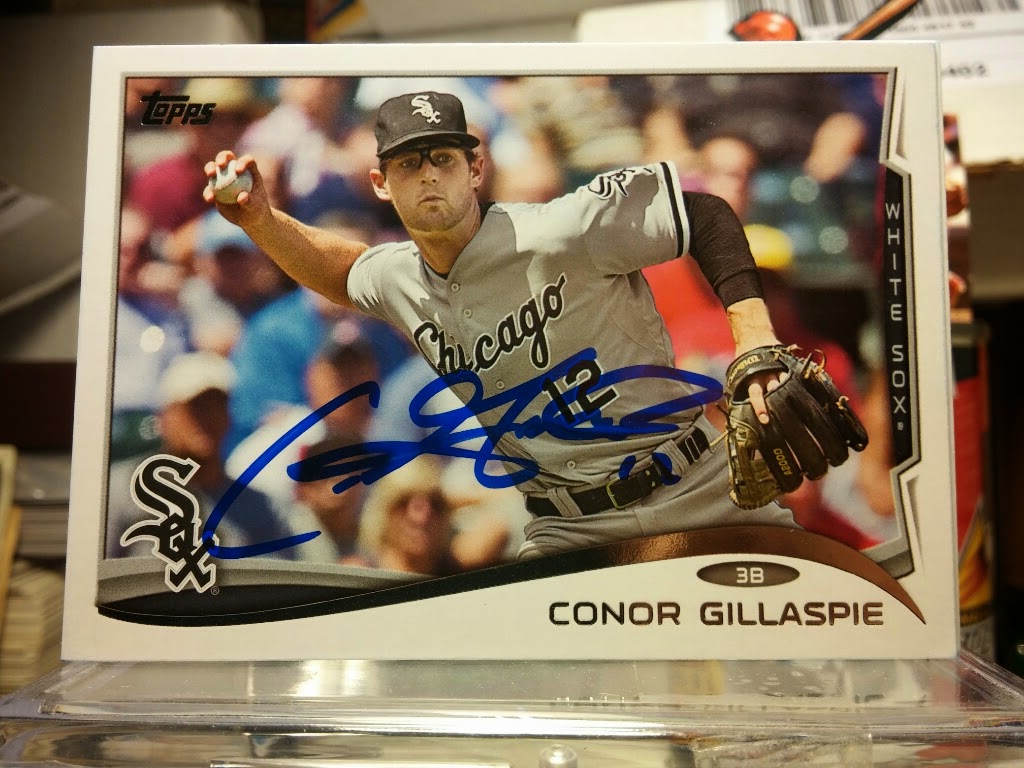 I used to go watch Conor when I was in college at Wichita State, so it's exciting to see him have success. 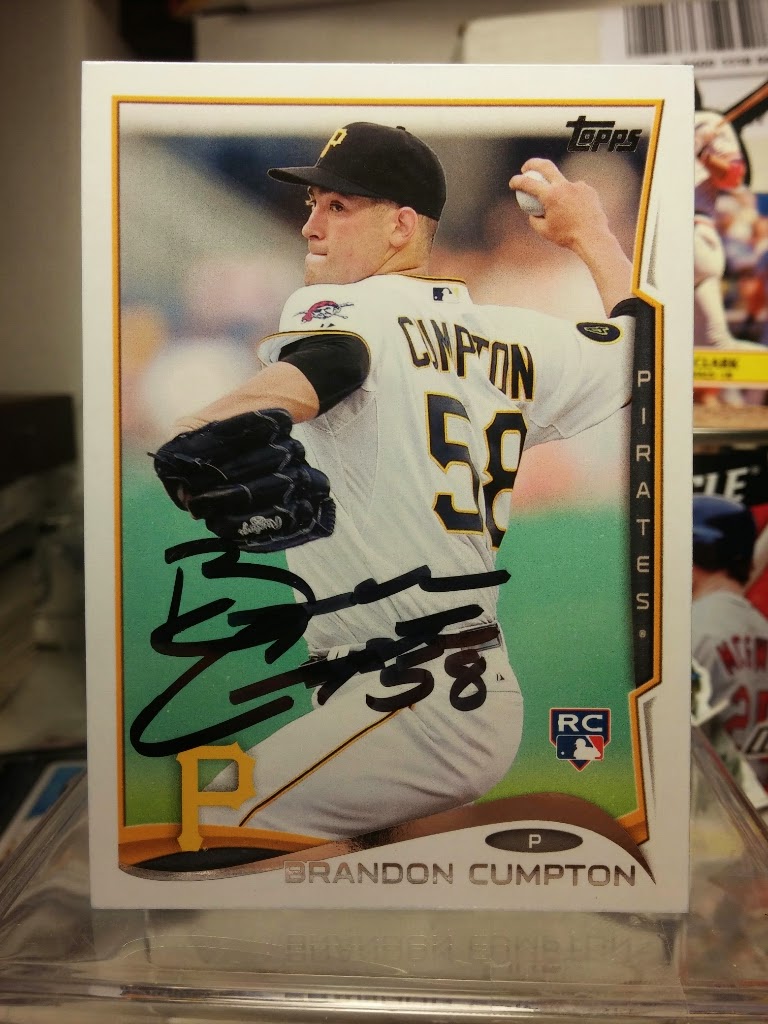 Brandon is a pitcher I'm intrigued by. He's yet to get a real chance at the MLB level, but has earned one if you look at his resume. 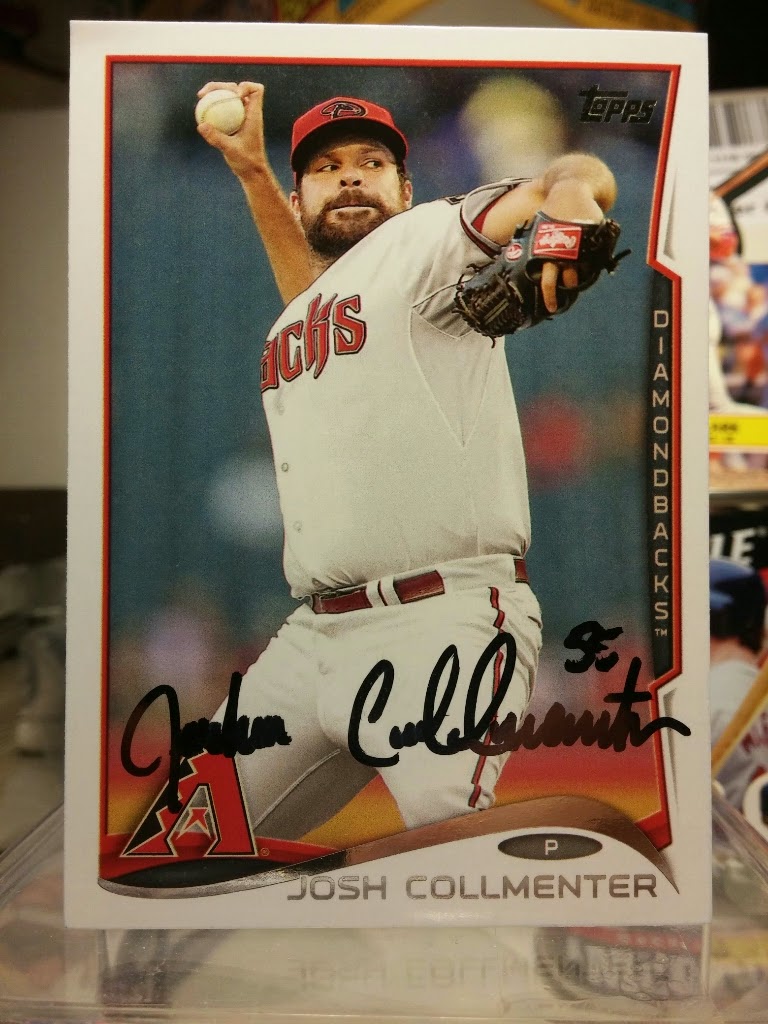 Poor Josh looks like Wreck It Ralph with a beard in this photo. He busted out big time in 2014 and I hope he continues that going into 2015. 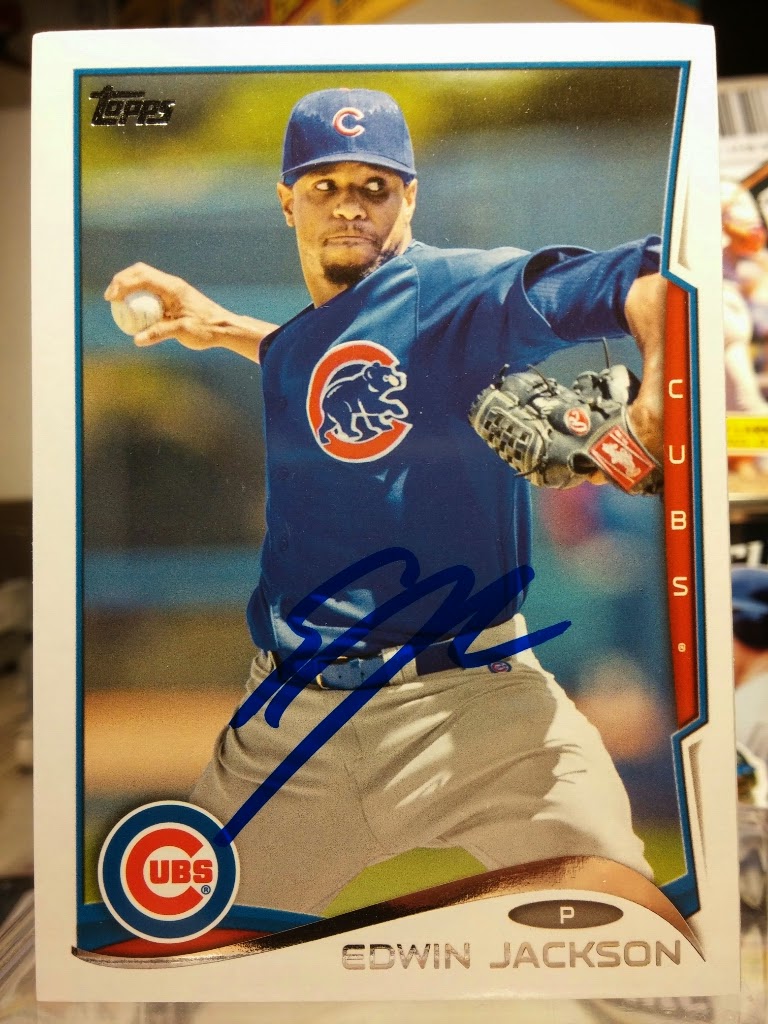 Edwin isn't the most popular guy in Chicago after last season, but he's too talented to continue struggling like he did. His advanced stats say he should be better than his ERA and record stated, but it'll be tough to crack a loaded Cubs rotation this spring.

Posted by View From the Skybox at 4:29 PM