Day 11 saw zero returns, making it a "calm before the storm" day. The storm hit hard on Day 12! NINE returns came in including the first non-catcher non-pitcher return. Here they be! 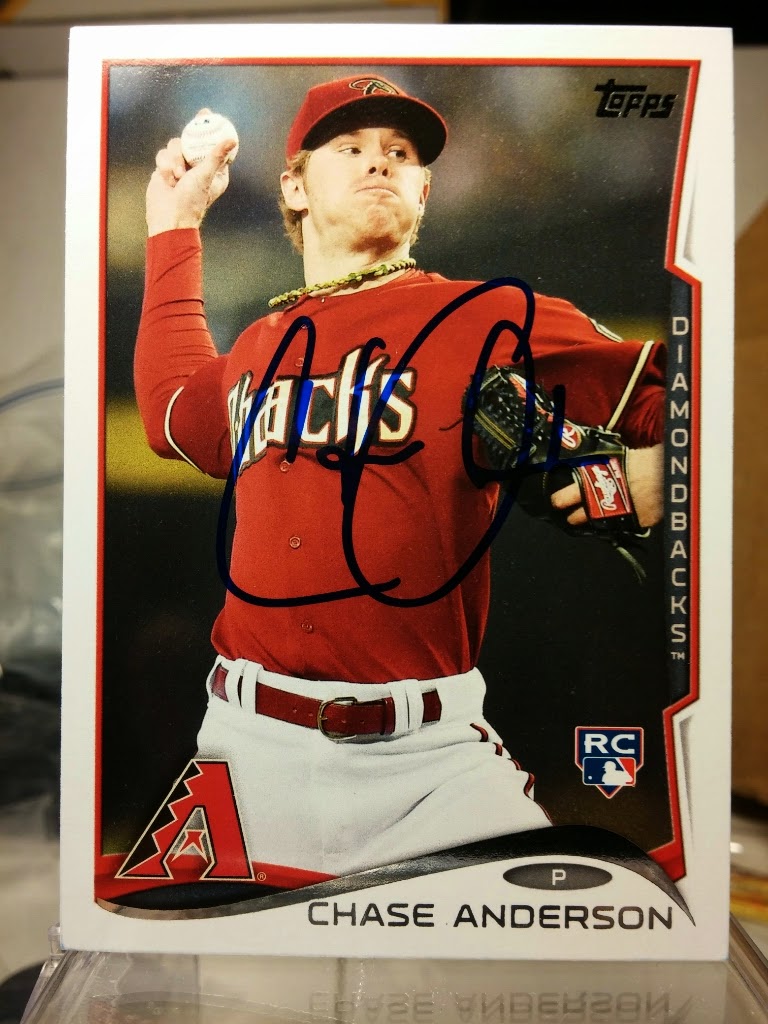 This is one I was very pumped about. Lost in the awful season that was for Arizona was the debut of an exciting young pitcher in Chase Anderson. I have a feeling he'll be around the league for many years to come. 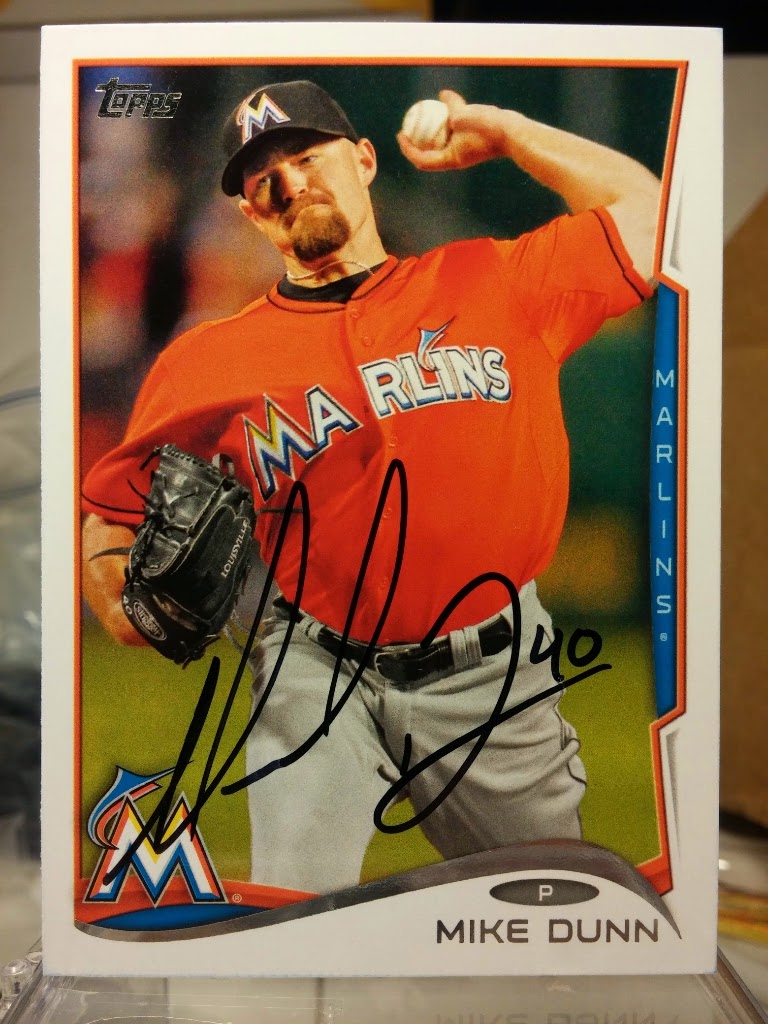 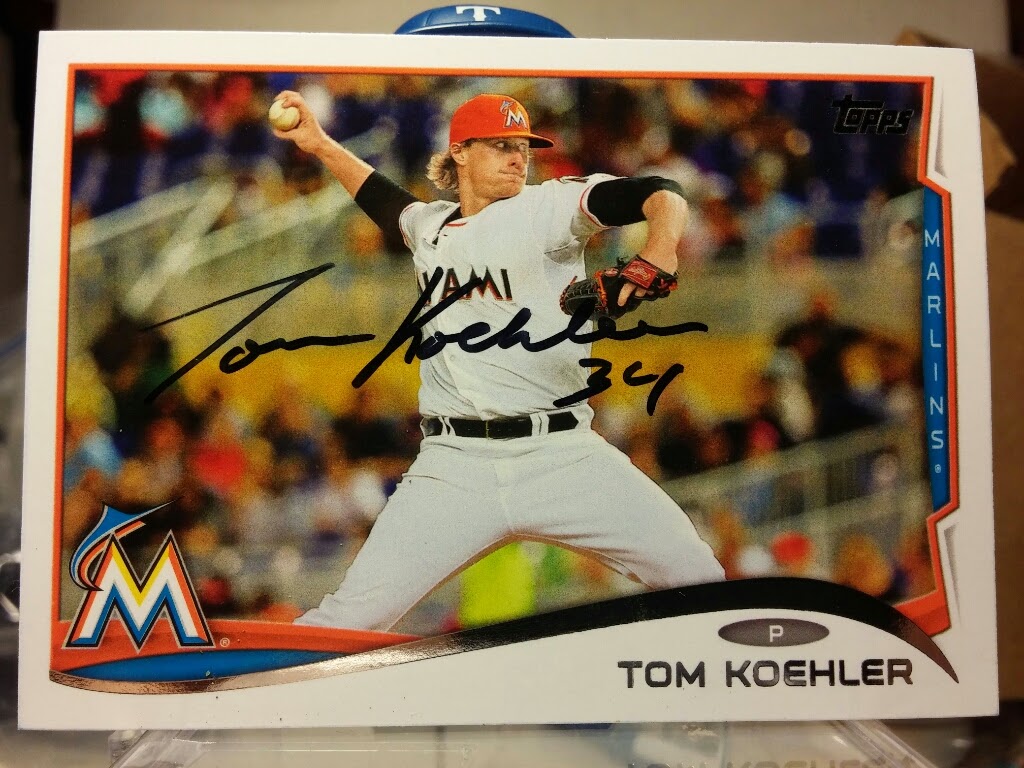 Koehler has been stuck in Jose Fernandez's shadow over the last couple seasons, but he's a player to watch. 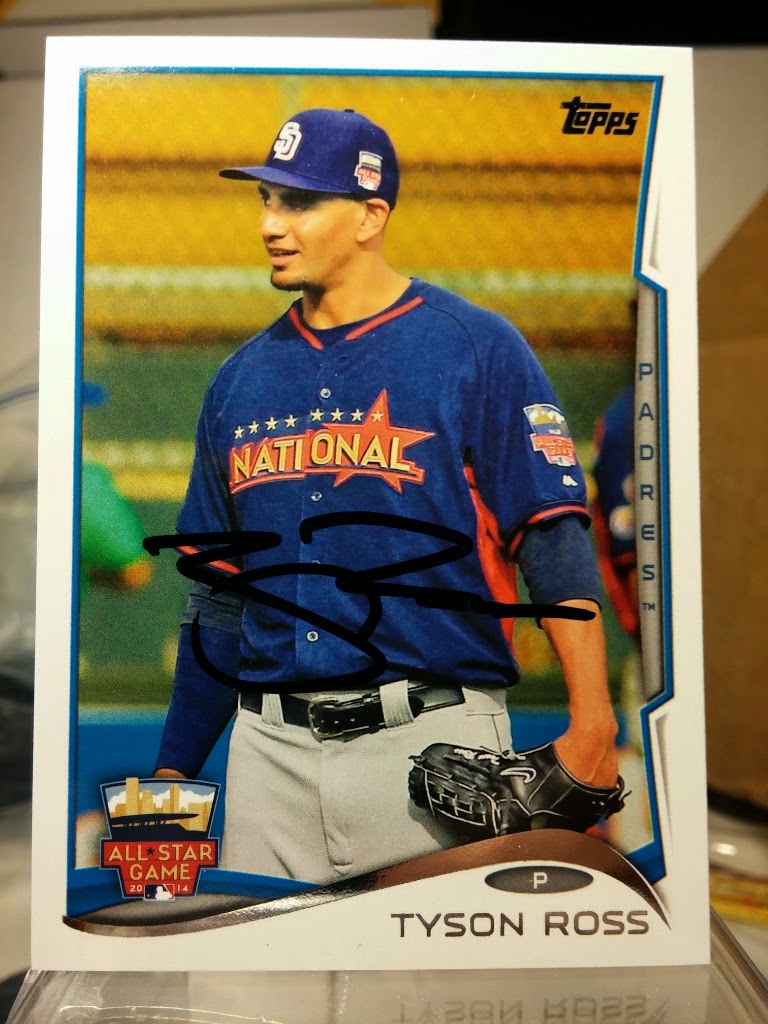 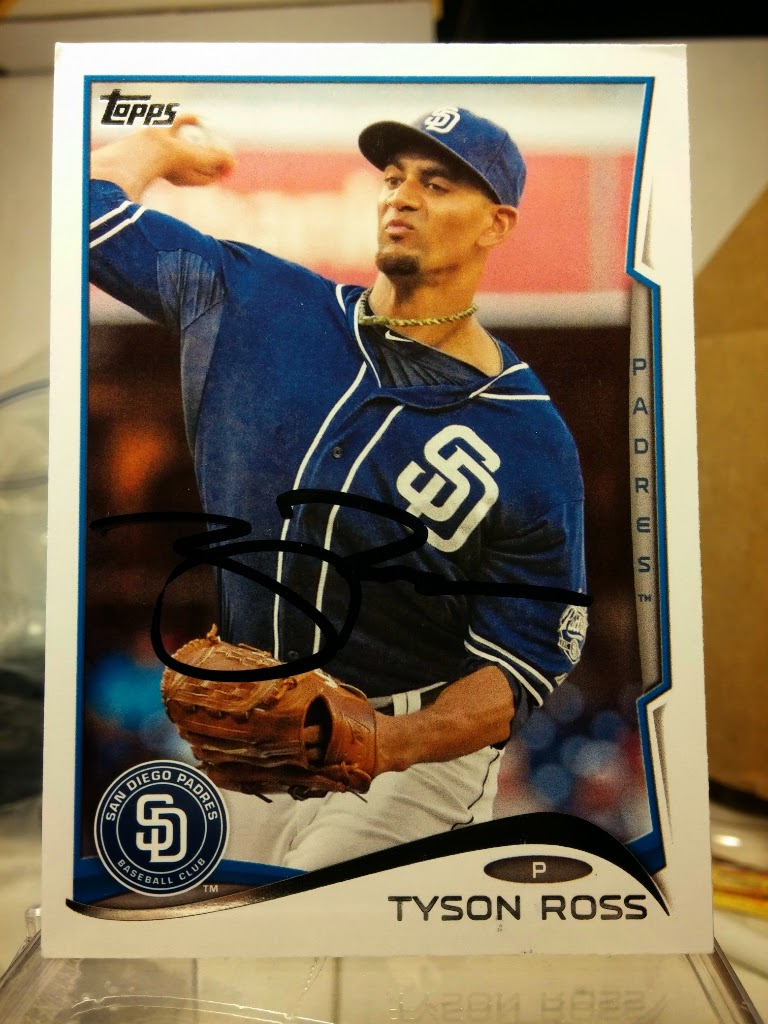 Butler saw just three starts last season, but many think he was called up too soon. He's got a ton of pressure on him going into 2015 and many expect him to break the rotation sooner than later. 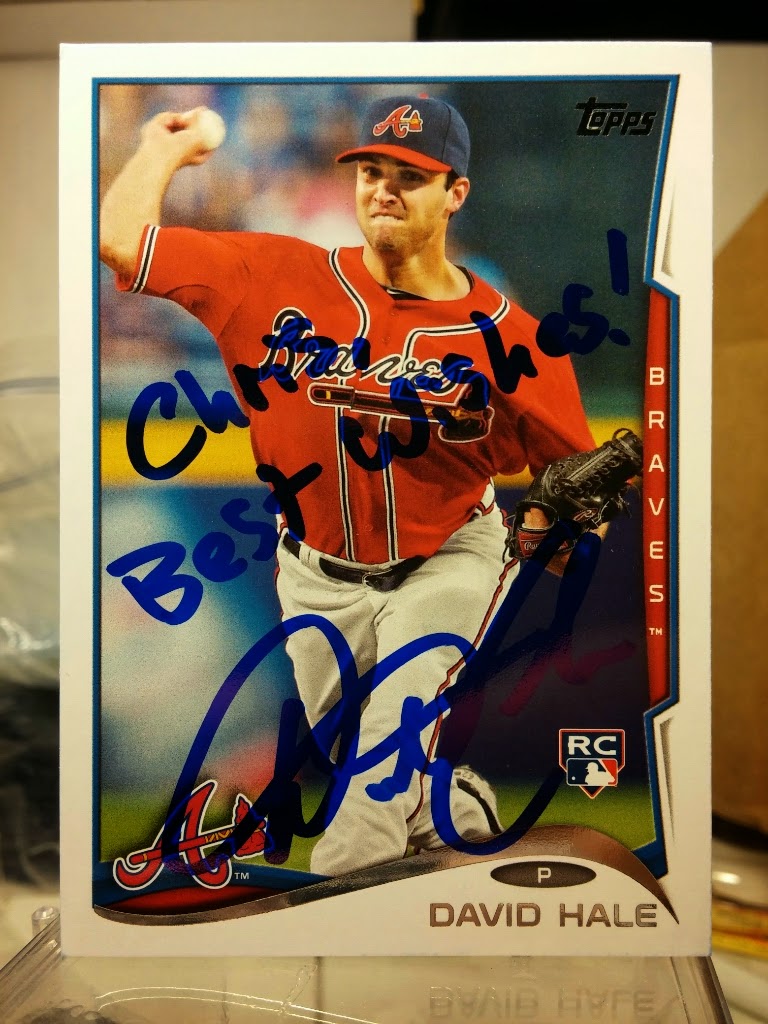 Also fighting for a rotation spot with the Rockies is former Braves pitcher, David Hale. Hale can fill in out of the bullpen or as a starter, so there's some interest in seeing where he starts the year. Any player that takes the time to address the signature to me and write a message makes me an instant fan. David Hale rocks! 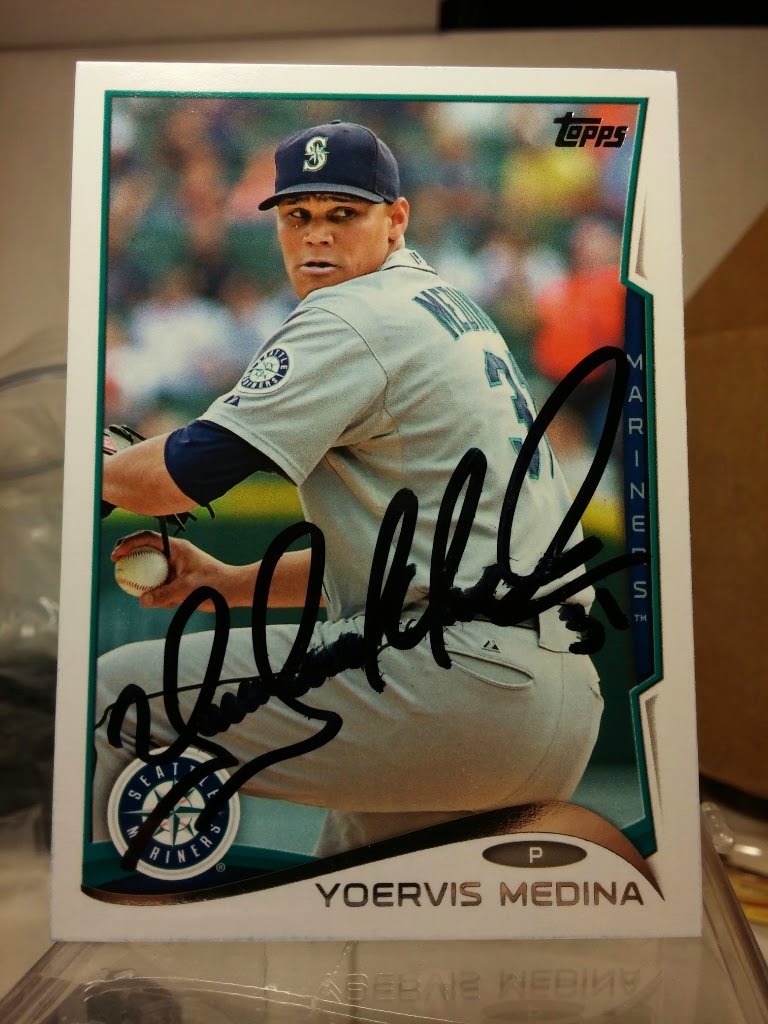 Yoervis Medina quietly put together one of the best relief pitching lines in the majors over the last two seasons. He doesn't sign for everyone, so my attempt at Spanish in the letter I wrote him paid off with this gorgeous signature. 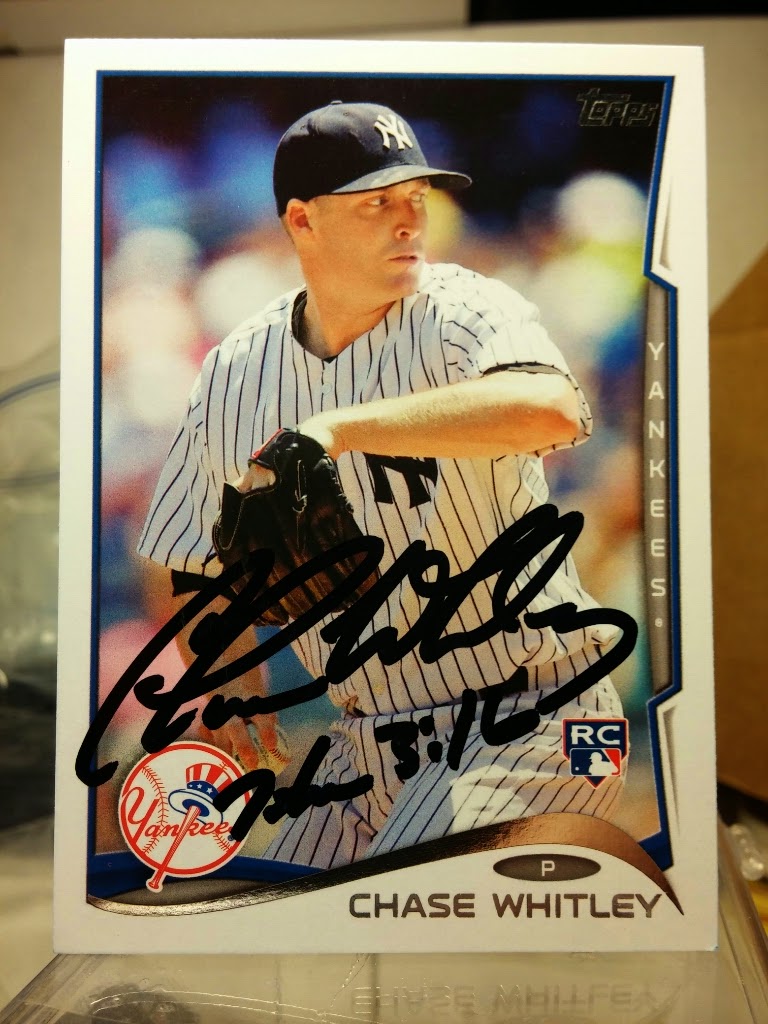 Chase Whitley may or may not start another game for the Yankees, but he sure shined against Kansas City last season. He provides solid rotation depth at AAA or out of the big league pen. 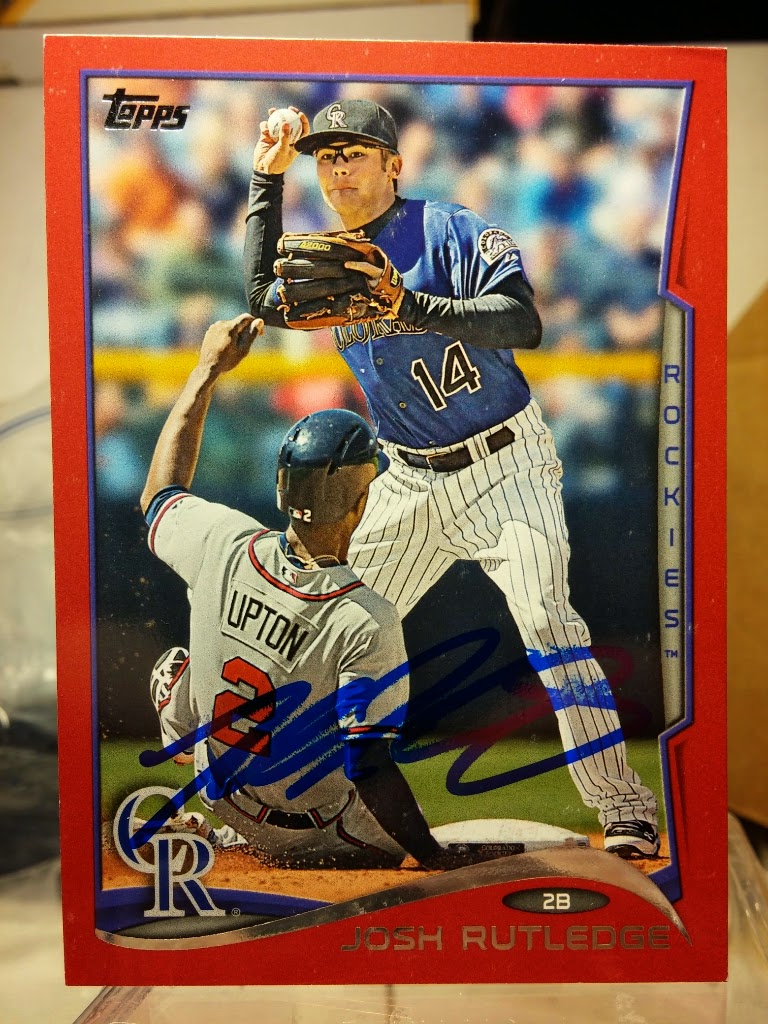 Thanks to @VerdammtX, I was able to send out a few parallels this spring. Josh Rutledge kindly signed the red border above and the base card below. 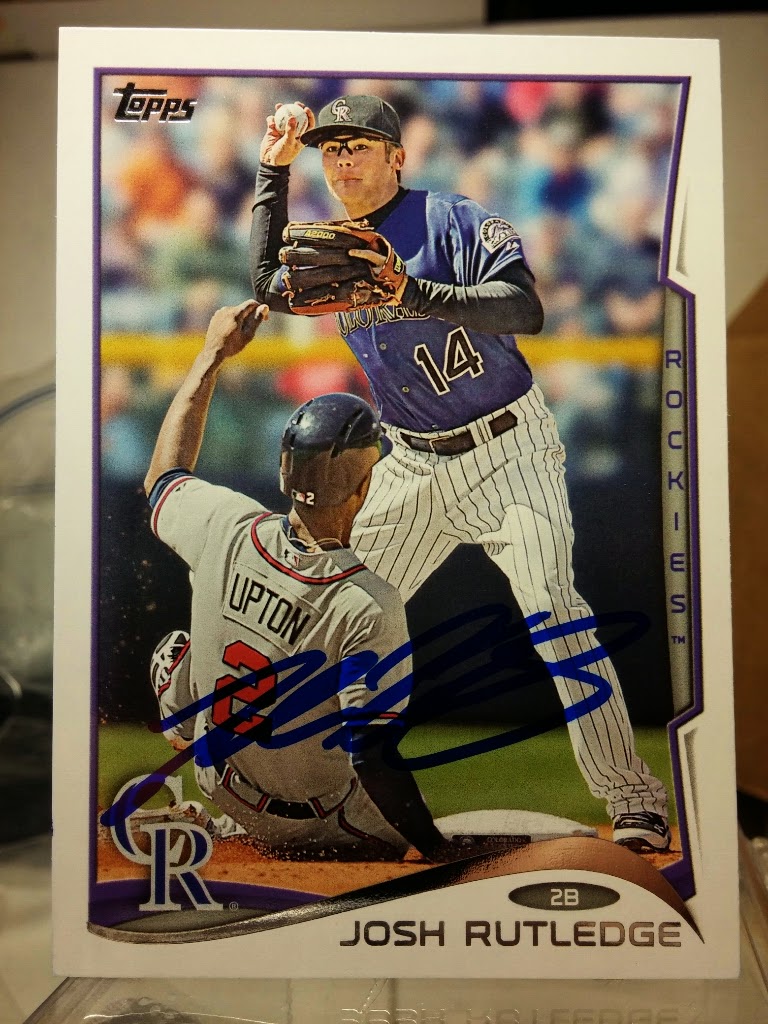 Posted by View From the Skybox at 2:05 PM